The Cold Lake Public Library will be closed to the public beginning at midnight tonight (April 6, 2021). While we are closed, curbside pick-ups can be arranged at either branch with a phone call: (780) 594-5101 for the South Branch and (780) 639-3967 for the North Branch. The book drops will remain open for returns. 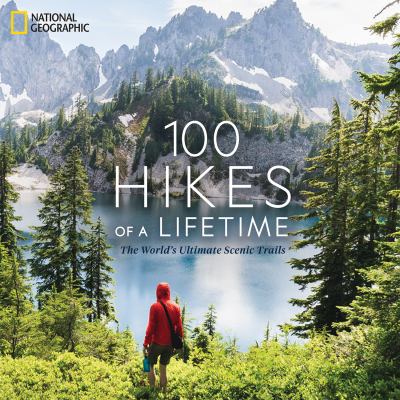 100 hikes of a lifetime : the world's ultimate scenic trails 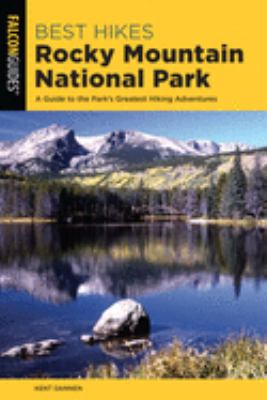 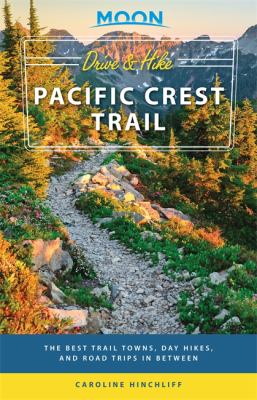 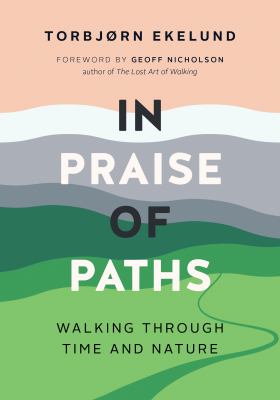 In praise of paths : walking through time and nature

Torbjørn Ekelund started to walk - everywhere - after an epilepsy diagnosis affected his ability to drive. The more he ventured out, the more he came to love the act of walking, and an interest in paths emerged. In this poignant, meandering book, Ekelund interweaves the literature and history of paths with his own stories from the trail. As he walks with shoes on and barefoot, through forest creeks and across urban streets, he contemplates the early tracks made by ancient snails and traces the wanderings of Romantic poets, amongst other musings. 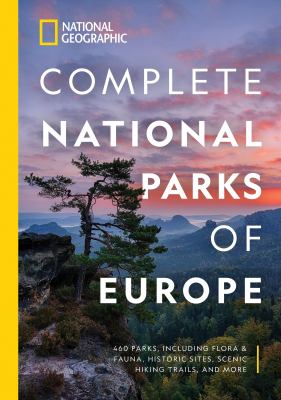 Discover European wilderness-from Croatia's coastline to Scotland's highlands-in this comprehensive guide to pristine parks and wild spaces, full of photos, maps, and tips. In these rich and informative pages, the travel pros at National Geographic bring you the premier guide to 460 national parks of Europe. This breathtaking tour spans the entire continent and will inspire your next grand adventure with more than 400 photos, 55 maps, rich histories, exciting itineraries, and need-to-know tips from what to do and how to get there. 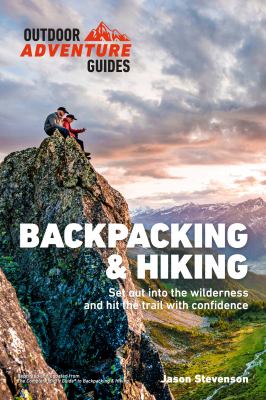 "You know there's nothing quite like spending time with nature, enjoying the fresh air and magnificent vistas. But thinking about where to go, what to bring, and how to protect yourself from the elements might have you feeling less adventurous than you'd like. Well, it's time to get off the couch and onto the trail with Outdoor Adventure Guides: Backpacking and Hiking. Filled with practical tips, this guide gives you all the information you need to survive and thrive in the great outdoors. Packed with information ranging from preparing your body and choosing what to bring to handling the elements and knowing your first aid, this no-nonsense guide has everything you've been looking for in a trail buddy--and its travel-friendly size means it fits in any backpack you bring!"--Amazon.com. 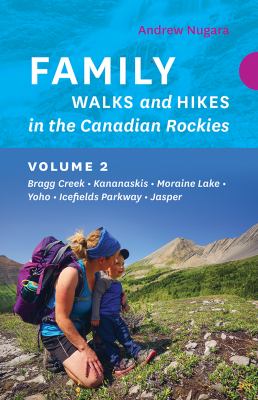 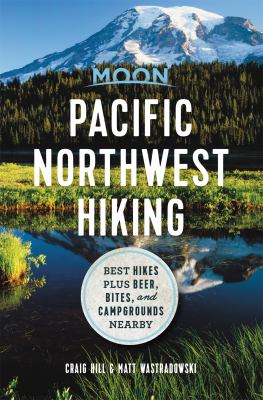 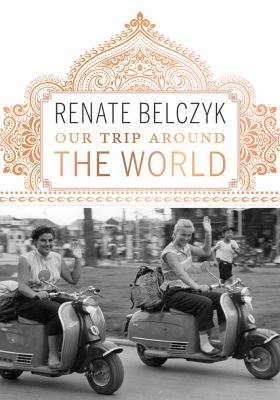 Our trip around the world

A spirited 1950s travelogue that takes the reader around the world during a time when two independent young women travelling alone was considered almost revolutionary. Renate Belczyk was born in Dresden, Germany, in 1932. When she was three years old her family moved to Berlin, where they settled into a small apartment building on the outskirts of the city. It was in this building that she met another adventurous girl, Sigrid, with whom she would travel around the world as young women after the Second World War. Having spent most of their childhood and teenage years climbing trees, swimming, cycling, hiking, and adventuring around Germany the two young women attended a talk by the German writer Heinrich Böll. During his presentation the renowned author suggested to the crowd that they all travel to different countries and make friends with the locals whenever they could, as this would help prevent another war. Renate and Sigrid took this advice to heart, and from that point their adventures together took flight. Starting in 1955 and travelling for three years to England, France, Spain, Portugal, Mexico, Canada, Japan, India, Nepal, Bhutan, Egypt, Turkey, Macedonia, and Greece, their adventures together culminated with their joint return to Germany in 1958. In 1959 Renate returned to the Canadian Rockies to work in the backcountry, and in 1960 she married mountaineer Felix Belczyk and settled in Castlegar, BC, where they raised three children. Our Trip Around the World is an endearing snapshot of the postwar era when adventure travel -- mountaineering, hiking, hitchhiking, and cycling -- was enticing those with adventurous spirits to experience the world like never before. 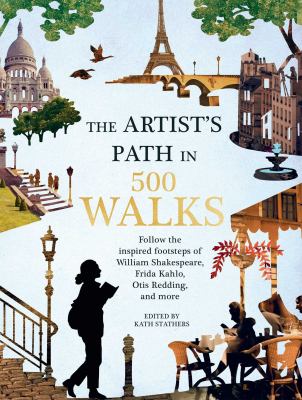 "This carefully researched collection of 500 walking routes, accompanied by full-color photography and illustrated maps, will help you explore the diverse legacy of the world's greatest artists, writers, and musicians. Take a transcontinental culture trip via a series of inspiring strolls, treks, and hikes in accessible countrysides, national parks, remore wildernesses, and the great cities of the world. Kath Stathers has curated this fascinating collection of 500 inspiring walks, ranging from casual strolls for day-trippers to multiday hikes for those looking for a more challenging experience. Whether it's wandering the streets of Rome with Raphael, hiking the Yorkshire Moors with the Brontë sisters, or following the Mississippi with Mark Twain, The Artist's Path in 500 Walks has all the inspiration and infromation you need to plan your next walking adventure."--Back of cover. 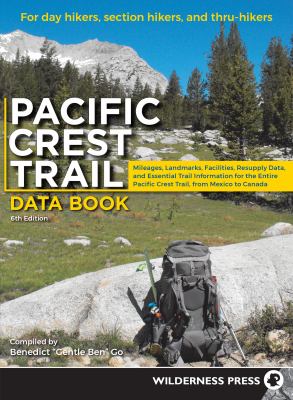 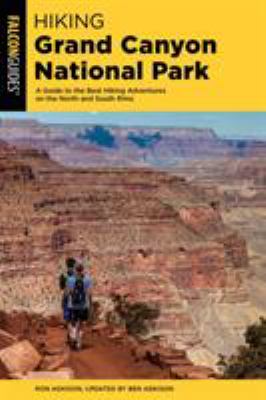 Hiking Grand Canyon National Park : a guide to the best hiking adventures on the North and South Rims

Fully revised and updated, Hiking Grand Canyon National Park provides first-hand descriptions and detailed maps for all of the park's developed trails as well as tips on safety, hiking with children, access, and services. This guide includes scenic and exciting hiking adventures for both the North and South Rims. Amazon.com. 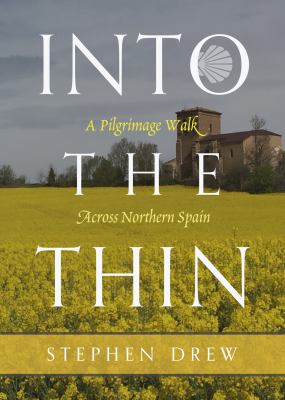 Into the thin : a pilgrimage walk across Spain

It felt like an emotional crucifixion--a dark year in which a father figure passed, a friend and mentor suffered a terminal illness, one child entered psychosis, another child took his life, and a 14 year marriage ended. As a new life began, an ancient pilgrimage called from across an ocean. Would it hold any answers? Were there any answers to be had? Questions are always temporal, but it seems pilgrimage follows the designs of the eternal. Join in a transcendent journey of the body, heart, mind, and spirit from the French Pyrenees Mountains, crossing northern Spain for 500 miles to the city of Santiago de Compostela, and beyond to the coastal town of Finisterre. Share the experience of walking a thousand year old road, the Camino de Santiago, the Way of Saint James, and its miraculous, mysterious ways. This is a story told in the language of the soul. Suffused with resilience, it is a dialogue between humanity and its spirit. It calls. 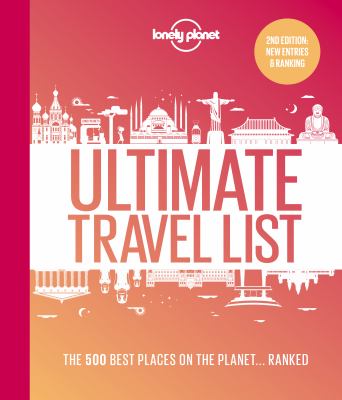 Ultimate travel list : the 500 best places on the planet ... ranked

The second edition of Lonely Planet's bestseller presents an all-new ranking of the greatest places to visit on Earth, reflecting the travel tastes and trends of today's world. Decided by our global family of writers, editors and industry experts, and packed with insightful commentary, awe-inspiring photos and over 200 new entries, this is a must-have coffee table book for explorers and armchair travellers. With experiences ranging from hiking among the vast granite pillars of South America's mesmerising Torres del Paine to snaking your way through the desert to the treasured ancient city of Petra, this anticipated book covers everything from UNESCO World Heritage Sites to azure bays and white-sand beaches by way of iconic cities. With 500 entries, 320 pages and an all-new ranking system, this is the definitive wishlist for the best places to visit on the planet. We've decided on our rankings. Now, so should you. What's your number one 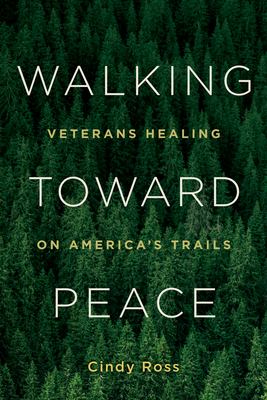 "Cindy Ross, founder of River House PA, an organization that helps veterans get out into nature to hike, paddle, and mountain bike, profiles sixteen individual veterans in depth, telling their personal stories and experiences. The broader story of the trauma veterans endure and how nature can help them to recover is interwoven throughout"-- Provided by publisher. 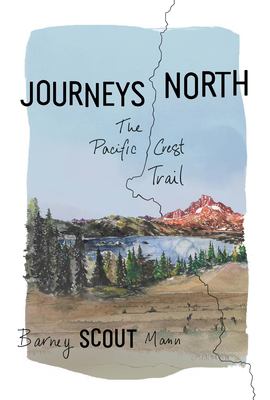 "True story of six thru-hikers whose journeys cross and eventually combine in a thrilling finale"-- Provided by publisher. 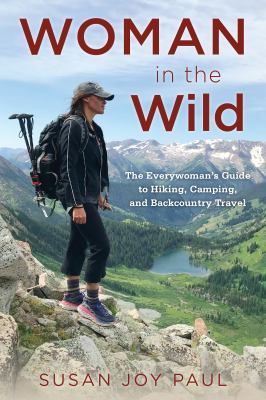 Woman in the wild : the everywoman's guide to hiking, camping, and backcountry travel

"Adventurer and guidebook author Susan Joy Paul provides real instruction for women of all ages and skill levels, from beginners to intermediate hikers and experienced mountaineers. She shares details gleaned from two decades of training and real-world experience, bringing together everything a woman needs to know to be safe, independent, and self-reliant at camp and on the trail"-- Provided by publisher. 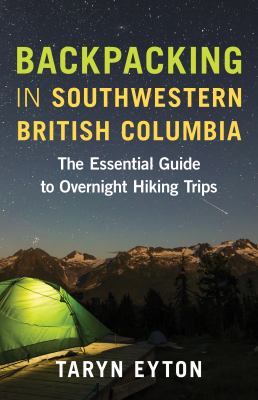 A one-stop resource for hiking backpackers in beautiful British Columbia. Planning your next backpacking adventure? This book covers all the essentials including: 40 overnight hiking trails: discover the many different routes that BC has to offer Packing tips: take only the most essential items with you (plus a few comforts) Permitting: find out what permits you'll need, and where to get them Camp set-up: tips for where to pitch your tent and how to find water Environmental impact: learn how to Leave No Trace behind in the wilderness This book features backpacking routes from the North Shore up to Pemberton and Lytton and from the Sunshine Coast out to the Similkameen Valley. Beautiful photographs showcase what you'll see along the way: mountain peaks, alpine meadows, waterfalls, old-growth forests, and more. Every backpacking route in the book includes bonus features: Trail maps and route descriptions Elevation, distance and time information Points of cultural and natural history Pre-planning hints about fees, permits, and reservations Suggested side trips and points of particular interest Backpacking in Southwestern British Columbia also shares options for extending an overnight excursion to several nights or a week, and for selecting hikes that match your timeline/fitness level. 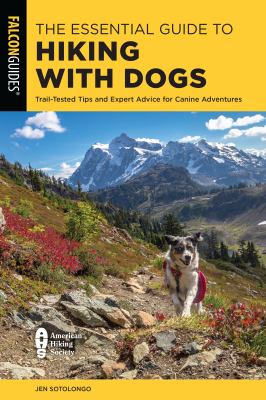 The essential guide to hiking with dogs : trail-tested tips and expert advice for canine adventures

"Need-to-know topics for novice hikers or new owners, from trail etiquette to leave no trace ethics, important gear and packing guides to essential commands you should train on the trail. Color photography throughout"-- Provided by publisher.